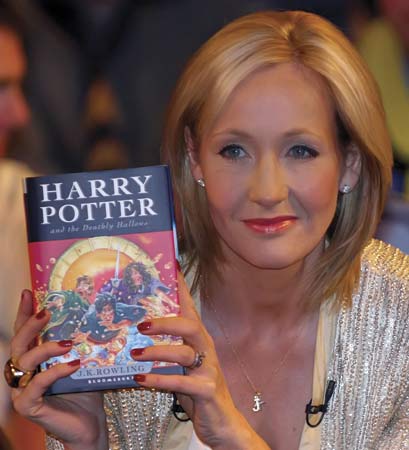 Harry Potter fans rejoice!
The magical franchise may be drawing to a close but we’ve found the ultimate keepsake for the most devoted of fans…
JK Rowling’s childhood home!

The three-bedroom detached grade II listed cottage is situated in Chepstow and is on the market for £399,950. While it isn’t quite Hogwarts, there’s a definite gothic, enchanted feel about the place and we can just imagine the best-selling author day dreaming about Harry’s adventures.


Church Cottage was built in around 1852 and still retains many original features including an arched doorway and a striking vaulted ceiling with authentic beams.  The property also boasts an impressive cottage garden with alluring features such as a small pond with lily pads, rambling roses, ornamental shrubs and plum, holly and crab apple trees.


JK Rowling first rose to fame in 1997 with the release of ‘Harry Potter and the Philosopher’s Stone’ and she has been entertaining children and adults ever since! The final instalment of the Harry Potter movies, ‘Harry Potter and the Deathly Hallows Part 2’, premiered earlier this month and marks the end to the story of the adolescent wizard. So why not keep with magic alive with this quaint little cottage where it may have all began!