Is this the end of the UK’s most expensive home? 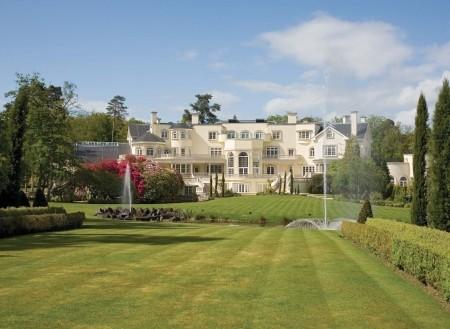 It’s frequently the most viewed property on Rightmove by property enthusiasts but now it seems the most expensive residence in the UK is in danger of being knocked down.

Updown Court, a 24 bedroom mansion in Surrey, was put up for sale in 2005 and has remained on the market ever since. With a £70million price tag you’d expect a lot for your money – with 103 rooms (yes you read correctly – 103 rooms!), 5 swimming pools, a heated driveway and an underground bowling alley, this flashy estate doesn’t disappoint.

The lavish property boasts 11 acres of garden, 46 acres of woodland and a security system to rival number 10! As you’d imagine, the interior is just as spectacular – grand interior designs and mosaics, a banqueting hall and a pair of sweeping staircases that are a replica to those in the late Gianni Versace’s home, make this home unparalleled in both scale and indulgence.

But it seems that the 50,000ft2 of real estate (bigger than Buckingham Palace!) isn’t everybody’s cup of tea. Updown Court is now effectively owned by the Irish state since the collapse of the bank that funded its construction. It’s said to cost £60,000 a month to run the property and many see demolition as the best option as it’s clear that no serious offers are likely to be made on such an extravagant property.

So if you happen to have a few million quid lying around and you fancy living the life of luxury then act quick as this flamboyant home could soon be £70million worth of rubble!