“We do like to live beside the seaside”: St Ives voted Britain’s ‘ideal’ place to live

A new report out today reveals the nation’s ideal home is close to the sea, with two living rooms rather than one, two bathrooms and within a short walk to the pub.

The findings, from the UK’s number one property website Rightmove, reveal that St Ives is the most desired place, alongside a number of cities around the UK: 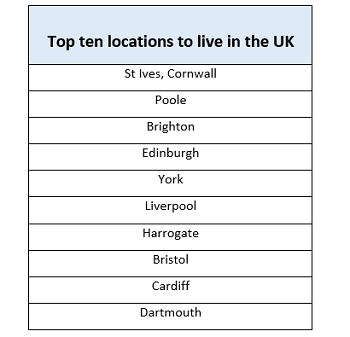 If people could have a house of any size, the average person would not opt for a mansion.  Only 1% would like to live in a castle, while the majority would choose a detached house with only three bedrooms, though they would like the additional benefit of two living rooms and two bathrooms. The practical utility room wins out over other more high-end features like a conservatory or walk-in wardrobe.

The premium paid for buying houses near good transport links is well known, but for many a good pub close by is also an important factor – more so than living near a park or supermarket.

“Many people choose to holiday by the sea, and given the choice of where to live they would like to make that a permanent arrangement. But it also seems many like the features of a smart town or city, so one near the coast seems the ideal location to live. And while we gave people the chance to choose a home fit for royalty, on average they said they would be happy in a more modest home with plenty of space and practical features, instead of rattling around in a massive mansion.  This shows that the perfect home for many is one that they know they could possibly live in one day rather than a pipe dream.” 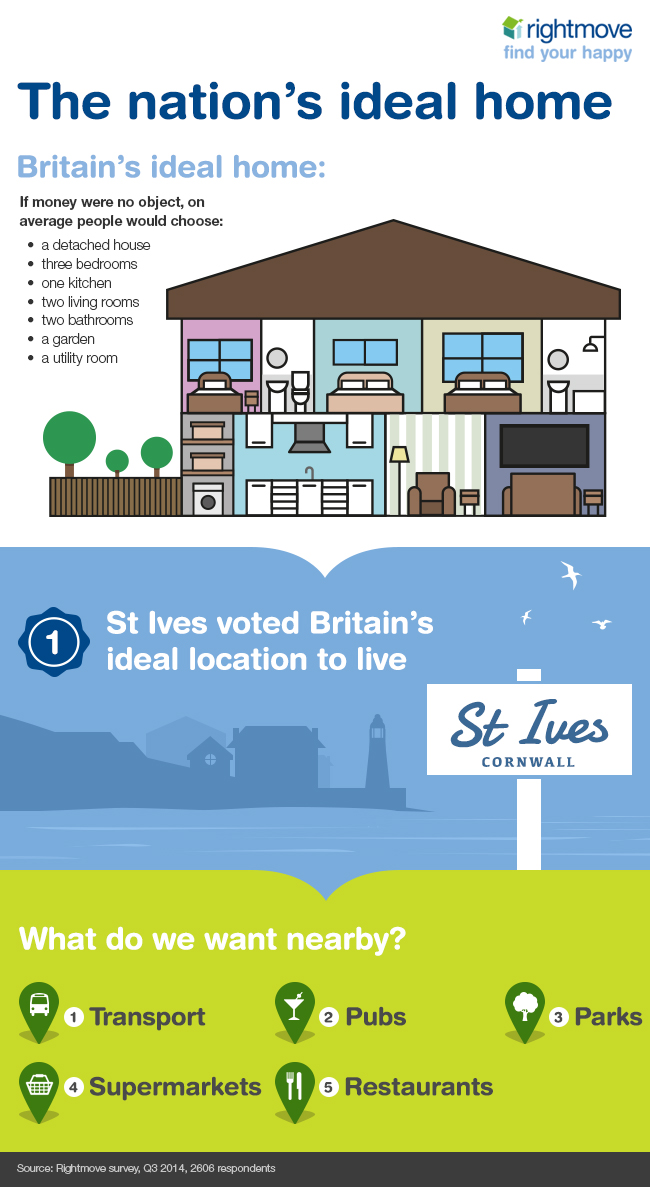