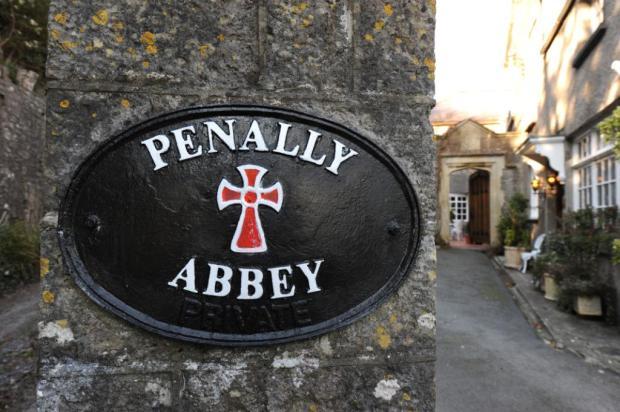 It doesn’t get much more spiritual than this. An abbey in Pembrokeshire, West Wales has come on the market for £1.5million. Build of the site of an ancient monastery, the twelve bedroom mansion is steeped in history.


Penally Abbey can be seen on the earliest recorded map of the area and has its own holy well and even a medieval chapel in the garden (albeit it’s ruins!). Situated in an elevated position, just meters from the beach, the abbey benefits from stunning views of the rugged cliffs of Tenby and the national park.


The abbey isn’t just holy, it’s pretty grand too; with a library, games room, bar area, indoor swimming pool and five acres of gardens, this property offers a lot for its money.  It’s been in private occupation since the beginning of the 20th century and has seen a variety of uses since then from a base for military personnel in World War II to a country club in the 50’s. The manor is currently being used as a hotel but it’s got great potential for one hell of a swish home!


If you like the idea of being ‘holier than thou’ then check out some of these other spiritual themed properties across the UK.