How to spot and USE a referral opportunity 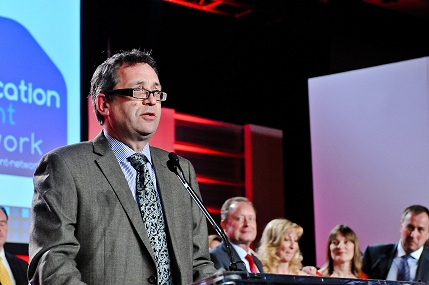 Simon Bradbury is a Partner at multiple award winning estate agency Thomas Morris who have 7 branches in Cambridgeshire, Bedfordshire and Hertfordshire. Simon believes that British estate agents miss a trick when it comes to referring buyers and sellers across the country to fellow agents- particularly when compared to agents in the U.S., South Africa and Australia where referrals are seen as a standard form of customer service as well as a significant income stream.

Simon believes that British estate agents, just like in the U.S., should see referrals as a normal part of day to day business life and not as a “nice little add-on”. The following story is an excellent real life example of outstanding customer service from one of Simon’s colleagues at Thomas Morris and shows that the opportunity to refer house buyers and sellers is not the stuff of fairytales…

Once upon a time… there was a Property Consultant called Sue Gipson who worked in the Thomas Morris Sales & Lettings office in St. Neots, Cambridgeshire. One day, in 2009, Sue conducted an accompanied viewing on a property in nearby Eaton Socon for a gentleman who lived in faraway Northamptonshire. Unfortunately, despite Sue’s very best efforts, ‘Mr B’ thought the property was a little too small, so didn’t proceed any further. Our story would end there if it weren’t for a strange twist of fate and Sue’s quick thinking.

This tale now takes a romantic turn and also illustrates the very best in estate agency practice. Two years later, in 2011, Sue received a message via a dating website that she had joined. It was from a gentleman who said that he recognised her photograph as the estate agent who had shown him around a property in Eaton Socon two years ago. It was none other than Mr B and Sue had clearly made an impression!

Mr B wondered if Sue remembered him and if she would be interested in keeping in touch. “Yes!” said Sue and after a few online conversations, they agreed to meet. A couple of ‘coffee dates’ and regular email/text exchanges slowly led to a relationship developing, nothing too serious, but enough that throughout 2011 and 2012 Mr B regularly shared stories of his troubles and concerns to the ever attentive Sue.

One such story involved Mr B’s struggles to find a buyer for a property he had put on the market. Well, as it happens, Sue was a member of the Thomas Morris team, who are part of Relocation Agent Network, a 600-branch national network of selected estate agents based across England, Scotland and Wales. The estate agency organisation has the concept of referrals running through its very DNA. So upon hearing of Mr B’s trouble in finding a buyer with his existing instructed estate agent, Sue did what any self-respecting girl (or estate agent) would do: listen, understand and provide a solution.

In this instance, the solution was Sue’s ability to refer Mr B to an estate agent in his local area through Relocation Agent Network. As they were a fellow member, it was an agent that she could confidently recommend. Sue contacted the agent and arranged a meeting between them and Mr B. So impressed was Mr B with the Network member, that he instructed them to market his property. And guess what? Yes, dear reader, your hopes and dreams that this particular story should conclude on a happy note are not to be dashed. This four year tale of disappointment, romance and ultimately outstanding estate agency does indeed end happily, very happily in fact. The Relocation Agent Network representative that Sue referred Mr B to arranged a number of viewings and in March this year, an offer was received and accepted; not only restoring Mr B’s faith in estate agents, but dating websites too!

But what, you may well ask, has become of Sue and Mr B? Has their relationship blossomed? Has ‘Our Sue’ become ‘Our Mrs B’? Well that, dear reader, is another story entirely, and one that may well end… happily ever after.