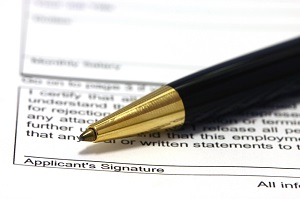 New research reveals one third of people (36%) looking for a new home are unaware of the new checks they will be subject to if they want to secure a mortgage.


Of those who have heard of the Mortgage Market Review – which came into effect at the weekend – one fifth don’t understand it and 30% say they only think they know how it could affect them when they apply for a mortgage.


Matthew James, Head of Communications at Rightmove comments:
“The Mortgage Market Review is designed to keep a tighter rein on borrowing and early reports suggest that it’s already slowing up the application process for lenders and home-movers.  Given that a third of people either don’t know about it or understand it, even more delays are likely. Our advice to anyone looking to secure a mortgage, especially first-time buyers, is to give yourself the best chance of passing the new rules by doing some research before applying for a mortgage.


“While the new rules are likely to prevent some prospective buyers from getting a mortgage, we think that the delays we are currently hearing about will ease over the coming months as lenders, advisors and applicants all adapt to the new landscape. However, should MMR continue to affect a large number of applications and drive volumes down, then it could drive buyers out of the market and force sellers to moderate their prices and take some of the heat out of the current demand in some areas.  It will be interesting to see how it pans out over the next few months as this will affect whether or not the Financial Policy Committee of the Bank of England use powers to further rein in borrowing when they meet on June 17th.”

“I think the Mortgage Market Review is going to give an edge to buy-to-let investors and impede first-time buyers more than is necessary.  We have many highly reliable tenants who have been renting for years at far higher figures than any mortgage stress test will allow and the equivalent mortgage would be considerably less, even taking into account any interest rate rises. The new rules could unreasonably impede many buyers who are hoping to get a step on the housing ladder now.”

“It is absolutely right to stress test applicants, but lenders who adopted the rules early have already had some first-time buyers fail the affordability assessment, despite the fact that they have between a 10% and 15% as a deposit and an otherwise clean credit record.  Many of these potential buyers have incomes that would have previously allowed them to obtain a mortgage and in a few cases the proposed new mortgage is considerably less than the rent they have been paying for the last few years.”