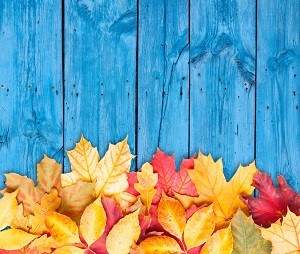 – Enquiries to agents overall up by 16% year-on-year, at second highest ever monthly level

– Upturn aided by holidaying home-hunters being constantly in touch, with 45% growth in enquiries from mobile devices in August compared to last year


The asking prices of property coming to market this month are up by 0.9% (+£2,474), the first rise at this time of year since September 2011. The average change for September over the last ten years has been a fall of 0.5%, so this bucking of the trend heralds a quicker than usual upturn as autumn’s market gets going after the summer holiday downturn. Enquiries sent to agents are good lead indicators of demand and Rightmove generated over 4 million enquiries in August, the second highest level ever recorded, with only January this year being marginally higher. Enquiries from mobile devices are up by 45% this August compared to last, as home-movers’ ability to be constantly in touch means that the property market can now pick up momentum more quickly.

“We usually see a price fall at this time of year as potential home-movers are generally still in holiday mode. However, it looks like there are early signs of a bounce-back in demand after the summer lull, leaving those estate agents with a shortage of stock at a potential disadvantage and therefore eager to attract new instructions.


While there is more property coming to market this year, it has been more than swallowed up by increased sales. There is already 10% less property available per estate agency branch compared to this time a year ago, and with enquiries by phone and email to agents up by 16% compared to August last year, and at near record levels, you can see why there has been an earlier than usual price pick-up. The ability of potential buyers to remain on-watch and in-touch and react more quickly is also a factor. While you may be switched off from work during the summer break, many people’s mobile devices are still switched on to the internet to see what’s coming to market.”


Risk of less certain consumer outlook for remainder of 2014

2014 has proved to be the ‘year to move’, with consumer confidence buoyed by consistently low interest rates and improving economic data after several years of an uncertain outlook. The number of housing transactions recorded by HMRC in England and Wales for the year is currently on course to be between 1.1 and 1.2 million, which would be a significant improvement on the 970,000 transactions last year and the 800,000 average of the previous five years.


HMRC’s transaction numbers for completed sales in the year to July are up by 22% on the same period in 2013, and Rightmove has measured an average 12% increase in new seller asking prices over the same seven month period in 2014. After a very hectic first half the momentum driving the rises in transaction volumes and house prices was bound to pause, as buyers, lenders, and regulators questioned value, affordability and sustainability. Whilst our latest data suggests the market is poised for a resumption of strong activity, albeit at a less heady pace, some analysts are forecasting a return to a less certain economic outlook should there be a vote for Scottish independence. Events that cause uncertainty have historically been a dampener on housing market sentiment and activity.

“Even the very debate around Scottish independence and possible implications for the economic outlook for the rest of the UK could cause uncertainty in the minds of potential home-movers contemplating a large long-term financial commitment. Speculation amongst economic forecasters on topics such as upwards pressure on interest rates, availability of wholesale funding for lenders, and the geographic location of major financial institutions are potentially destabilising influences on consumer sentiment. Should the independence vote win the day, then there could be months of uncertainty with the forthcoming general election causing further disruption.


From a buyer perspective when other home-movers are nervous it can be a good time to act, as harder bargains can be driven.  Those who are buying and selling in the same transaction may have to drop their selling price but could be able to make up the difference by paying a lower price for their onward move. Locking into a fixed rate mortgage would help guard against any increased interest rate volatility. The other point to remember is that waiting and pin-pointing the best time to move can leave your life and future property enjoyment on hold for years, so if the sums stack up and the property suits your needs then it might be best to ignore the what-ifs and maybes.”