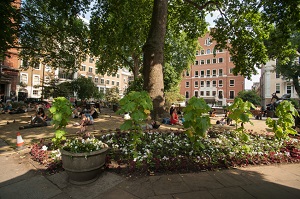 Despite more people than ever expecting rises in asking prices over the next 12 months, the vast majority of potential buyers in London (80%) say they are not willing to compromise on their chosen location.


Rightmove’s Quarter 1 2014 Consumer Confidence Survey of over 6,000 Londoners found that more than eight out of 10 (84%) are predicting house prices to be higher in one year’s time. However, against this backdrop of rising prices, only two in 10 are willing to look beyond their first choice location for a suitable home.  Although below the national average of 90%, there are a lot of people not willing to compromise in a very competitive London market.

“There’s a real mismatch between buyers’ no-compromise stance on their most favoured place to live and the rising tide of prices.  By holding out until the right property comes to market in the only location they’re willing to look at, they may find that when they do find one the price may be over their budget, especially in some areas in London where they are experiencing a buying frenzy.”


With buyer demand still exceeding available property supply in London, the choice that many buyers are looking for is not there.  Achieving the goal of the right property in the right location, and at an affordable price, is a considerable challenge.  Some success is being achieved, but currently for only around one quarter of buyers. While 26% say they have found a home in their ideal location, 54% are still looking or waiting.

“It’s still early in the year, so there is some encouragement that one quarter says they have found their dream home in London.  There needs to be more property coming to market however, to make sure that the needs of those still looking are met. People who want to sell and buy again are sometimes nervous of putting their house on the market if they cannot see much for them to buy.


“However, once you have a buyer lined up for yours, you are in a much better position to pounce and close the deal on the property you want.  If it takes time for you to find your next home, your buyer will often wait. There is no legal obligation to move out, so just keep the buyer warm and it will put you in a much better negotiating position when you find somewhere, as you can then offer your sellers a quick move.”


Perhaps unsurprisingly, downsizers in London are the least willing to settle for second best (87%). While first-time buyers are more willing to compromise, 76% still wouldn’t look elsewhere. These are still startlingly high percentages, given the challenges of raising finance and rising London prices.

“The by-product of the credit-crunch years appears to be one of not compromising on location, and staying put until a property in their chosen area comes along.  Yet if Londoners were willing to consider a few more locations, even if only a couple of tube stops further out, they might find they can find the type of property they want, but at a more affordable price.  Furthermore, the down-sizers who are least willing to compromise might run the risk of leaving moving too late and have less energy to fully embrace the freedoms of moving into a smaller home and a new community.”