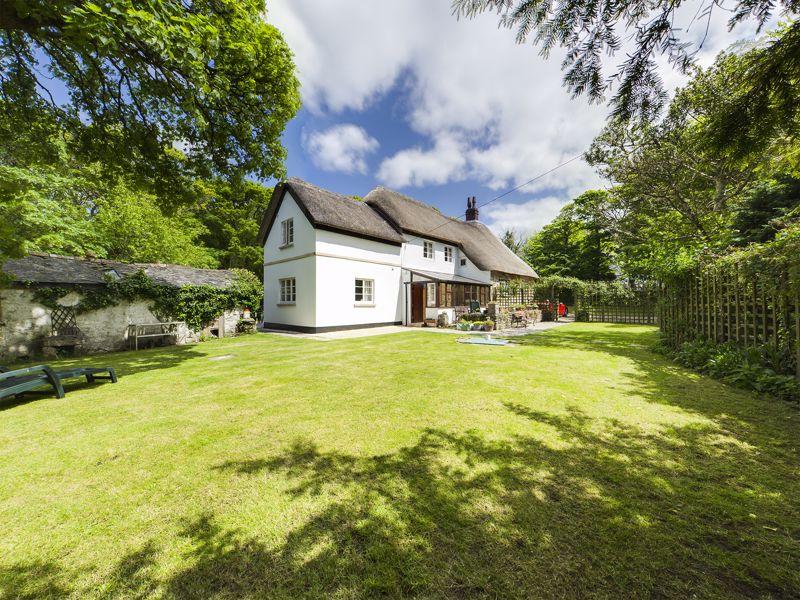 Why are 3-4 bedroom homes at record prices?

Needing more space has always been the most popular reason for moving house, but now we’re seeing asking prices for bigger homes at an all-time high.

We’ve previously written about a growing trend of home-movers looking for larger homes this year, and our data analysts can reveal that this demand is driving prices up.

Second-stepper homes, i.e. three- or four-bed properties, have seen average asking prices soar to a record of £291,618 this month.

Our research tells us that this has been fuelled by buyers looking for more space, including both those who need extra space for their families and those looking for room to work from home.

The demand for bigger properties is also reflected in the number of homes finding buyers compared to this time last year.

The strongest sector is ’top of the ladder’, which includes four-bed detached homes and larger. The number of sales being agreed, compared with the same period last year, more than doubled in August in this sector, up by 104%.

While in the second-stepper sector (three- or four-bed homes excluding four-bed detached) they were up by 55%. The first-time-buyer sector of two bedrooms or fewer, although not as strong as the larger homes sectors, still saw sales agreed up by 36%.

Overall prices have remained steady since they hit a record in July, up by a marginal 0.2% on the month, and up by 5% annually, which is the highest annual growth rate recorded since September 2016.

What are prices doing in your region? 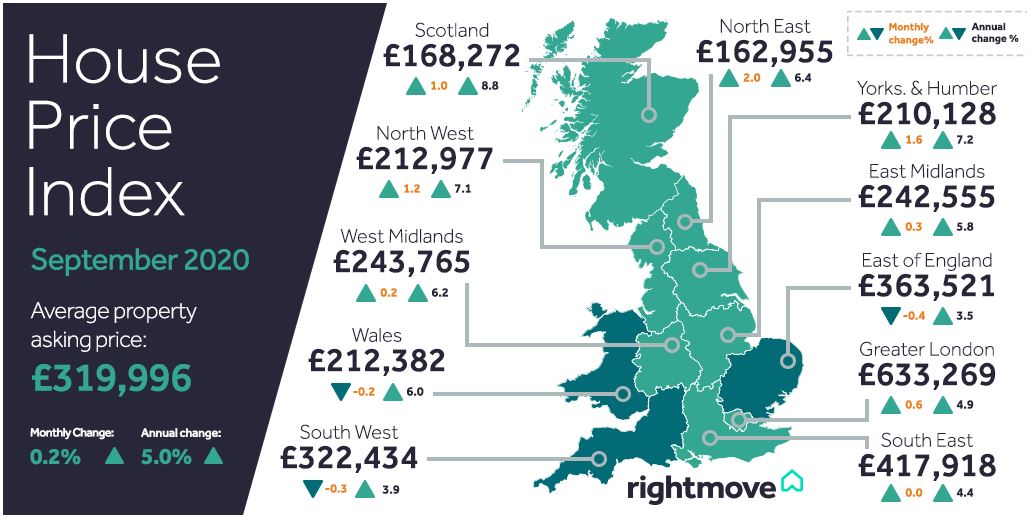 Rightmove’s property data expert Tim Bannister explained that there’s lots of competition for bigger homes right now, so only serious offers will be considered by sellers.

He said: “Increased competition for second-stepper homes has pushed prices to a record this month for those looking to take the next step up the ladder.

“Needing more space has always been the most popular reason for moving house, but now there’s a new urgency for extra space to be able to work from home, which means that there are different sets of buyers competing for the same type of property.

“At the start of the year a fourth bedroom was very much a luxury for buyers trading up, but it’s now emerging as a must-have for those who are able to take that step.

“With overall asking prices just a few hundred pounds shy of July’s record, and buyer demand at an all-time high, those currently looking for their next home are likely to find that only offers close to the asking price will be considered, especially for larger homes.”

Ben Hudson, Managing Director of Hudson Moody in York, said: “In the first few months of the market reopening I was saying that we were as busy as we’d ever been, but even that is now paling into insignificance when compared with how busy we are right now.

“A number of our buyers are coming from London, as it’s comparatively cheap here compared to the capital. They’re selling up their homes in Wandsworth and Clapham and buying a four-bed detached house in York, because they’ll only be commuting from here once or twice a week, something they would never have been able to consider doing before.

“We’re very much having to make our buyers and sellers aware that the conveyancing process is taking longer at the minute; there’s a mixture of fewer council staff working so searches are taking longer, mortgages taking longer to go through, and solicitors being inundated with work. We’re having to call everyone involved in the sale constantly to make sure things keep moving.”

Nick Leeming, Chairman of Jackson-Stops, added: “When the property market experiences unprecedented demand, such as the UK has seen post-lockdown, you can understand how potential logjams can form throughout the transaction process.

“For those looking to sell their home now, there are ways in which you can help prevent a sale from taking longer than expected to reach the completion stage. A key way of doing this is to be prepared, get all of your documents, searches, pre contract enquiries and contracts agreed in advance, so that as soon as you have agreed terms with a buyer everything you need is ready.

“It is also worth investigating the delivery time scales of your solicitor – do your research, read reviews from other sellers. The last thing any seller wants is to wait for two weeks for a solicitor to reply to an introductory email, so it is worth looking into the availability of online conveyancers if time is of the essence.” 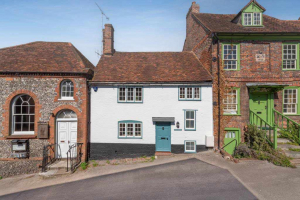