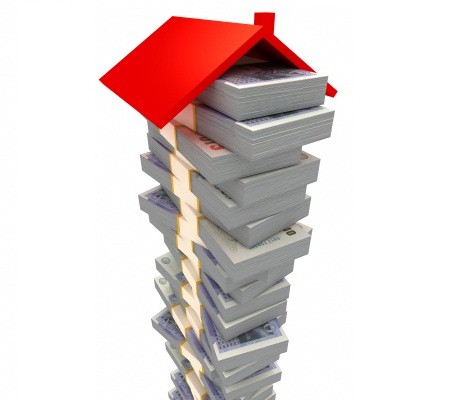 The national average asking price of property coming to market is now £243,737, breaking the previous record set nearly four years ago. This is £1,237 higher than the previous peak recorded in May 2008, just a few months before the game-changing collapse of Lehman Brothers.

However, the rise should not be overstated—if prices had kept pace with inflation (as measured by the RPI) since May 2008 then they would now stand at £270,459, so they have fallen by 9.9% in real terms.

In addition, the national average asking price is buoyed by London’s strong performance. While new sellers nationally are asking 0.5% more than the last record set in May 2008, those in London have found sufficient confidence to raise their asking prices by 14.9%.


“From a national perspective, it has taken four years for new sellers to pitch their asking prices above their previous record. However, this is not a universal signal of a housing market recovery. The richest seams of housing market activity are concentrated around those with access to cash and finance, with a strong bias to the south and London in particular. Even within regions there are micro-market hotspots where demand from those that can buy and the confidence and momentum it engenders are helping to push asking prices to new record highs. It’s a somewhat perverse state of affairs for many of the mass-market not deemed as mortgage-worthy by the lenders that, at a time when many aspiring buyers are excluded, the national average price of property coming to the market is at an all-time high.”


Both London and the South West have recorded new price peaks this month, surpassing previous records by 2.1% and 2.3% respectively.  Also highlighting the better price performance of the south, the two other southern regions of the South East and East Anglia are just £810 (-0.3%) and £2,489 (-1.1%) off their previous peak prices. In contrast, the price peaks in all of the northerly regions (see table 1) were set during 2007, prior to the withdrawal of Northern Rock as a mass-market lender. Current new seller average asking prices in Wales are the furthest adrift, 12.3% (£23,171) down on their previous peak set in August 2007. The regions of Yorkshire and Humberside and both East and West Midlands are also over 10% below their 2007 record highs, with the North region being the closest to its July 2007 peak, but still nearly £10,000 (-5.8%) shy.


“This is a reflection of the new world where house prices in micro-markets are driven as much by banks’ willingness to lend as by consumers’ desire to buy, making buying aspirations more achievable in the relatively credit-worthy south, and London in particular.  Those deciding to sell in the south are looking a lot more confident in their pricing power. While there are still micro-market hotspots in the north, there tend to be more negative elements to add in to their moving equation such as employment prospects and lack of equity.”