New seller asking prices in London rebound, up by 5.2% 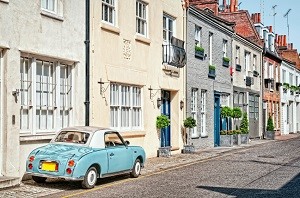 The average price of property coming to market in London rebounded this month, up by 5.2% (+£26,609), following a modest monthly rise of just 0.2% last month. With estate agents continuing to report strong buyer demand below the £2 million stamp duty threshold, and email enquiries to agents and developers in London up by nearly 30% on the same period last year, the rise has been fuelled by agents’ desire to get the highest possible sale price for their clients and rebuild their stock for sale.

“This month’s large rise is exacerbated by being a rebound from the festive season lull, and estate agents are also hungry for fresh stock to replace some pretty run-down inventories of properties for sale. The spring moving season is traditionally the busiest time of the year, so that means agents are likely to advise new sellers to aim high, with the best-selling months ahead of them and strong buyer demand in many areas.”


A key characteristic of the London market in recent years has been the failure of the supply of properties coming to market to keep pace with buyer demand. Interest from buyers shows little sign of abating with email enquiries to agents up nearly 30% on the same period last year, but at least there are now tentative signs of an increase in the number of new sellers. Rightmove recorded a 15% increase in new listings in the last four weeks compared to the same period a year ago. If increased listing levels are maintained and they start to outstrip buyer demand, upwards price pressure will ease. It will take more than one month of improvements in new listing numbers to bring the market back into balance however, and indeed some local market hotspots have not seen any uplift at all.

“With email enquiries from buyers up nearly 30%, demand for housing in the capital shows no signs of slowing down in most price brackets. With upwards price pressure likely to remain, affordability ratios will approach a ceiling beyond which few buyers can reach. Time will tell where that limit is. It is encouraging that more sellers are coming to market, but most estate agents will not be able to rebuild their inventories because of the quick rate at which properties are selling due to the continued high demand.”

Properties are now coming to market at an average asking price 11.2% (+£54,423) higher than a year ago. However, this is an average for London as a whole, and different areas and individual properties within areas have appreciated by wildly varying degrees. One of the factors behind some of the largest increases over the last 12 months is a relatively sudden surge in popularity, often as a result of an area becoming good value compared to neighbouring locations or improved transport links. A particular style or type of property being in short supply compared to demand can also push prices far beyond the average increase. East London is one example, with the boroughs of Tower Hamlets, Newham, Hackney, and Waltham Forest all recording large and above average increases in the prices of property coming to market either year-on-year, month-on-month, or in some cases both. Tower Hamlets is up nearly 30% compared to a year ago, while monthly increases are above the London average in Newham (7.8%), Hackney (7.1%), and Waltham Forest (6.5%).

“Shortages of certain types of properties in areas that are on a serious up -and-coming trajectory can create some really big gains in just a few months. Reports include extreme shortages of property for sale in Leyton and Walthamstow, both in the Borough of Waltham Forest, creating almost a buying frenzy. The stand out borough is Tower Hamlets, and if you look on Rightmove there are examples of flats in the E1 postcode that were sold about six months ago at £300,000 with similar examples now at £400,000. While these are extremes, they illustrate the pressure cooker that is the London market and are examples of the gains available from buying the right property at the right time. Areas that are just out of Zone 1 started to look comparatively very good value for money when central London prices rocketed, and are now showing some disproportionate increases.”