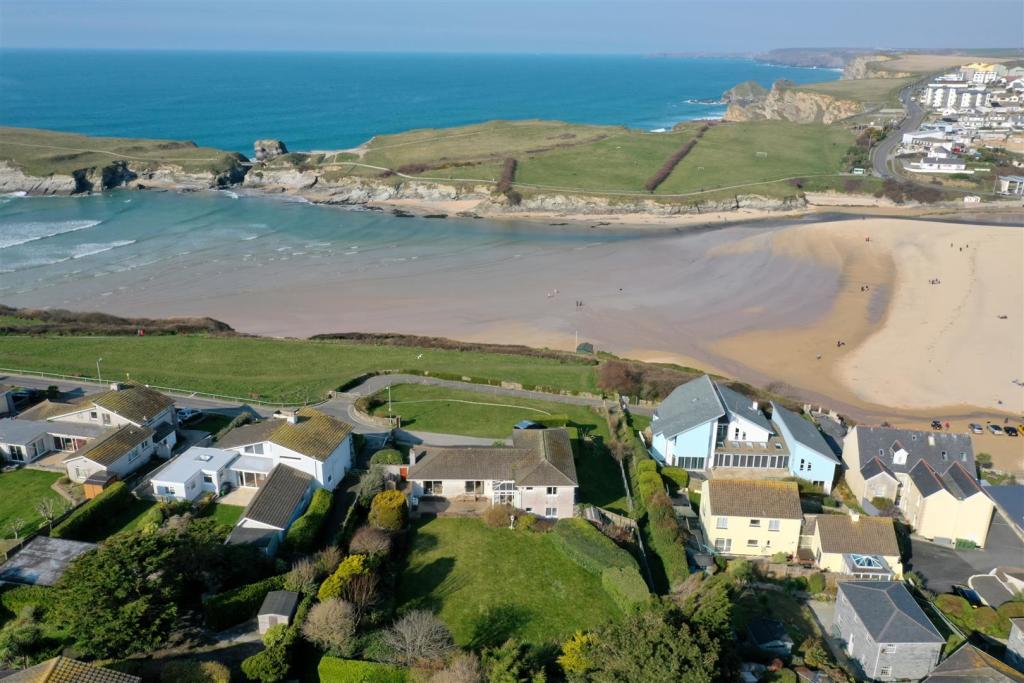 Newquay is top spot among hottest sellers’ markets this year

Demand for coastal locations across Britain is at an all-time high right now, and not just from the summer staycation crowds.

We have been seeing a record number of home-hunters visit Rightmove this month, as lockdown restrictions start to ease.

So, we’ve checked our data to find out where the most properties have sold since the beginning of this year, and our findings show that many homebuyers are continuing to move away from city centres.

The surfing hotspot of Newquay on the north coast of Cornwall is the hottest market for home sellers, followed by Newton-Le-Willows in Merseyside and Plymstock in Devon.

Our property expert Tim Bannister says: “Areas around the North and South West are the stand-out seller’s markets right now, and places in Cornwall and Devon are continuing the trend of a desire to move to the seaside and countryside.”

All eyes on Newquay, Cornwall

The lure of sun, sea and sand on the doorstep has sent property sales in Newquay into a frenzy, with eight out of 10 homes put up for sale this year already sold, subject to contract.

Local estate agents report that the busy market in Newquay is a made up of a mix of locals moving, people buying holiday homes and those who have decided to relocate permanently.

The average asking price for a home in Newquay is £351,398, but it costs considerably more for the most in-demand properties by the sea and for those with coveted water views.

Bradley Start, of Start & Co Estate Agents in Newquay, says: “The stock shortage is the worst I’ve seen in thirty years and there’s just seemingly endless demand. We’re getting requests for viewings within minutes of a property going on Rightmove and many properties are going to best and final offers due to the competition, something that usually we would only see a few times a year.”

Search for homes for sale in Newquay, Cornwall

The top spots for selling a home right now

We have seen that all of the top 10 areas where homes are selling the fastest have also seen asking prices hit records since the market reopened in May 2020, with seven of the 10 hitting a price record this year.

Our property expert Tim Bannister says: “In a traditional year there would be a couple of record days for visits or enquiries being sent by home-hunters, but the pace of the current market caused by a combination of restrictions easing, a desire for more space and people considering different locations, has led to records tumbling week after week. Last Wednesday set a record of over 9.3 million visits to Rightmove, and March saw time spent on site surpass two billion minutes in a month for the first time.”

In the Merseyside market town of Newton-Le-Willows, demand from homebuyers has pushed up asking prices to an all-time high of £182,280.

Simon Shepherd, Branch Manager of Ashtons in Newton-Le-Willows says: “The train station and high street have had a lot of development over the past few years which had already been increasing activity here, but the past year has just been crazy. First-time buyers are queuing up for starter homes, and many of those moving from starter homes are looking for four-bed detached homes which are few and far between, so when one comes up for sale it’s snapped up immediately, especially those that are within walking distance to the high street.”

Search for homes for sale in Newton-Le-Willows, Merseyside 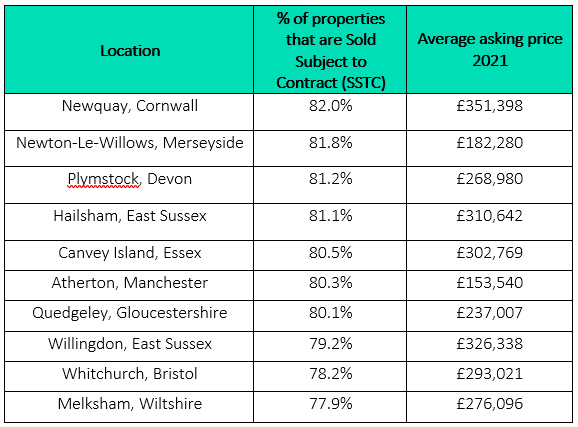 So, where are the hottest buyer’s markets?

Our data shows that property sales in city centres are moving much more slowly, with one in five properties marked as sold.

In Birmingham city centre, 18% of properties have sold so far this year and in Liverpool city centre 22% have sold. 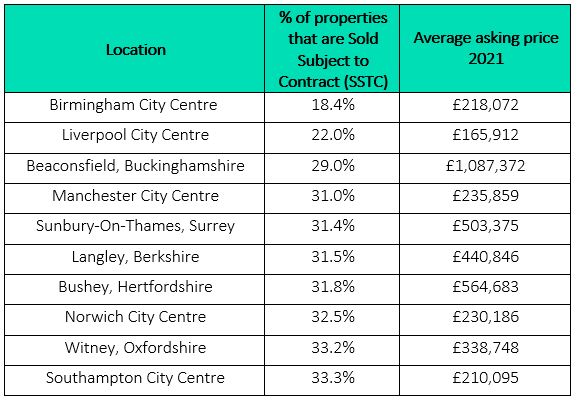 Our property expert Tim Bannister comments: “Suburbs are also faring well as some people move further out from the centre of cities. Both sale and rental properties in city centres have been suffering over the past year as the usual appeal to live there has temporarily been taken away, leading to more stock than usual being available, but we may see these start to shift more quickly over the next few months as lockdown restrictions continue to be removed.”

READ MORE: Take a look at the most viewed homes on Rightmove this month

The header image for this article has been provided courtesy of Start & Co, Newquay