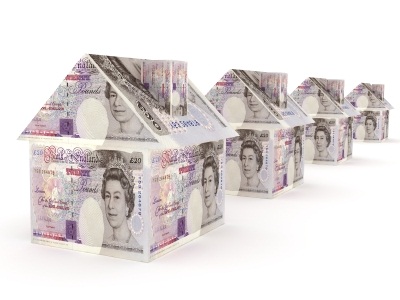 This month’s statistics from Rightmove highlight how the relentless stream of economic uncertainty around the Eurozone crisis has influenced decisions when it comes to moving home.

A 13% fall in the number of new sellers coming to market compared with the previous month, and an 11% fall compared with November 2010, illustrate a growing reluctance to make big financial decisions in these times of uncertainty.

Those that have chosen or been forced to sell have dropped their prices by £7,528 (-3.1%) in the last month, only the third fall so far in 2011 but the biggest monetary fall since December 2007. Price falls have been seen around the country although Wales saw the lowest price drop of just -0.4%.

“Markets dislike uncertainty, and so do people who are deciding whether or not to enter the property market. Agents report that many would-be sellers are postponing their marketing until the new year, influenced by the current wall-to-wall media coverage of the Greeks and Italians attempting to get their own far-flung houses in order. It’s no great surprise that those who have braved the stormy conditions have had to accept a substantial ‘haircut’ on their asking prices”.


The lack of fresh sellers and the large price fall indicate that the current negative economic outlook has caused the seasonal slowdown to come early this year. This lead indicator of consumer inactivity from the housing market will raise concerns in other sectors of the economy that are reliant on consumer spending. Findings from the Rightmove Consumer Confidence Survey for the fourth quarter show that 70% of home movers feel that it is currently a bad time to sell. Interestingly, they also hold the view that sellers’ travails give buyers much improved negotiating power, with 61% stating they felt it was a currently good time to buy.

“While most home movers will have seen some foreign prime ministers losing their jobs, they will be much more keenly aware of the unsettled outlook for their own employment locally. When you are busy looking over your shoulder, you are unlikely to think it is a good market for selling. However, that does mean there are opportunities for those who are able to buy, especially as the earlier than usual seasonal slowdown will leave sellers who have to sell in an even weaker negotiating position. Those who are looking to trade up should not lose heart however, as while you may have to accept a lower price for your own property, you should be able to negotiate a good deal on whatever you are buying”.


Some winter buying opportunities in areas of oversupply will be available for bargain hunters, and interestingly many agents report that buying activity is on the increase from investors. Buy-to-let investors looking to raise finance for new purchases are benefitting from increased lender competition, resulting in higher loan-to-value ratios and lower interest rates.

“Reports suggest that buy-to-let mortgage approvals are at their highest for nearly three years offering a window of opportunity for buy-to-let investors to bag some bargains and spend less on finance”.