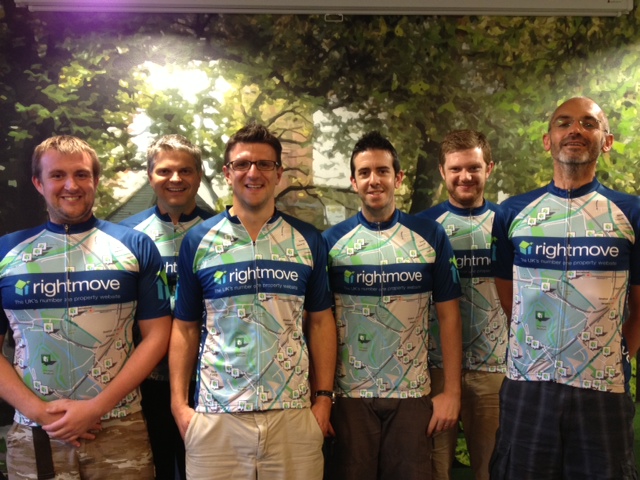 This Sunday, 16 of our more adventurous/very brave Rightmove employees are taking part in the first ever Ride London 100 event.

This event is the first one of its kind to be held, and involves cycling an incredible 100 miles around London, which the  team think will take around 7 hours to complete.


The route encompasses going from the Olympic Stadium in Stratford out into the Surrey countryside and back before finishing on The Mall; it’s a very long way, with at least 3 hills!  A year on from the Olympics, it aims to capitalise on the interest in cycling that was sparked, and encourage as many people as possible to take up cycling. It’s a great opportunity for a challenge and an incentive to get fit – or, as an alternative if you’ve ever fancied doing the London Marathon but hate running, like application architect, Matt Jones!


Because of its scale, the event is also being used to raise money for charity; Rightmove is supporting Prostate Cancer UK, which is a great charity which helps men with prostate cancer and their families. It’s the most common form of cancer for men, with around 1 in 8 being  affected, so their research and support for those affected really is important; please donate to help support our team and their charity, by following this link: http://uk.virginmoneygiving.com/fundraiser-web/fundraiser/showFundraiserProfilePage.action?userUrl=rightmoveon2wheels&isTeam=true


Also, Rightmove have pledged to match the total amount raised by the team (to a limit!), effectively doubling the overall total, 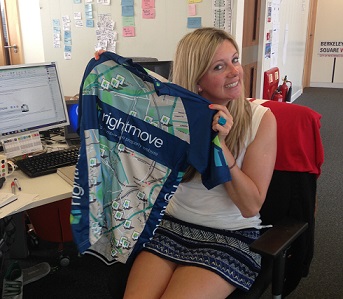 so anything that you donate will help! And, if you’re free this Sunday, why not come and watch the cyclists and support our team – you’ll be able to catch a glimpse of them (if they’re not speeding along too fast – as development team lead, Martyn Rankin, says, they have done lots of training!) in their fantastic Rightmove cycle jerseys, specially designed for the occasion by marketing graphic designer Charlotte Green.


So, how did the team get involved? Well, Rightmove’s research and communications manager, Matt James, ran the London Marathon for Prostate Cancer a couple of years ago, and has a good friend in the charity, so when the Ride 100 came up, he thought it would be a great challenge and opportunity to raise money and persuade lots of people to get involved.

Some of the team: 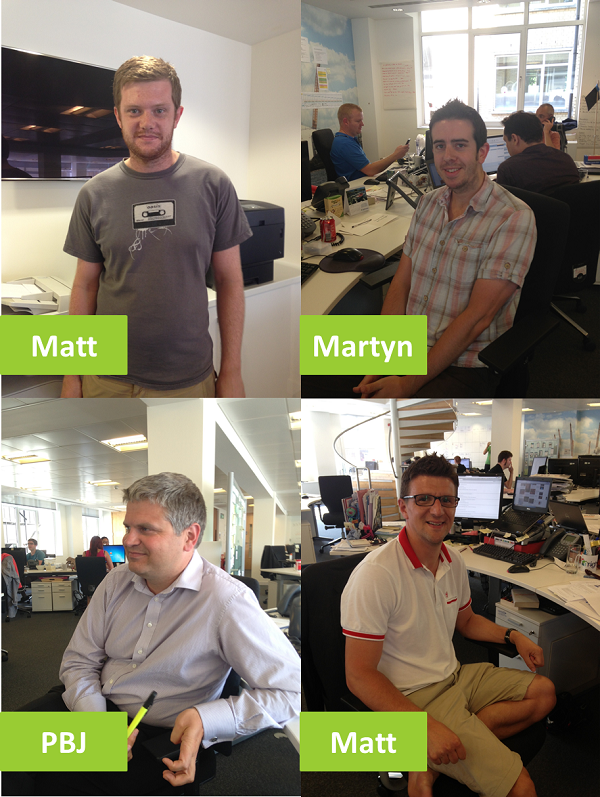 We had a quick chat with PBJ, Rightmove’s COO,  about the upcoming ride:

How did you become involved with it?


Well, Matt persuaded me early this year by saying, ‘It’s only 100 miles, and it’s January so you’ve got plenty of time to train!’. At this point, I’d probably only cycled about 30 miles in one go at most.


How did you find the training?

Boring! And cold and wet. I’ve been training since January for at least once a week, in all weather, so it feels like a very long time now.


Do you think that you’ll carry on cycling after Sunday?


Would you recommend it to others?


Definitely, it’s good to have a goal/objective to work towards.


Any advice to people who might want to do it next year?


What are you most looking forward to about the ride?


The finish! Riding down The Mall will be something special. 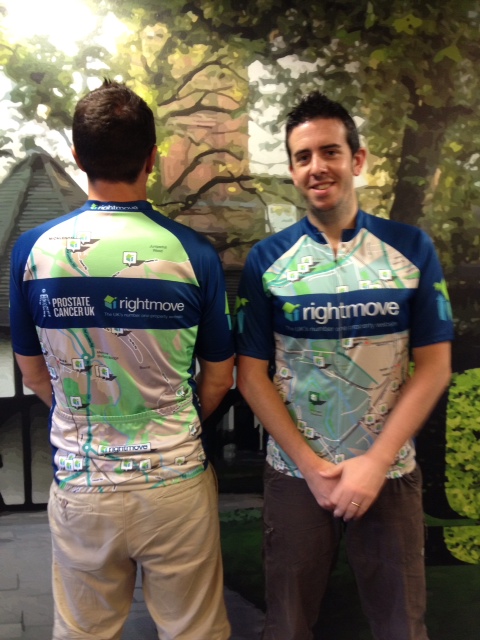 Good luck to the team!