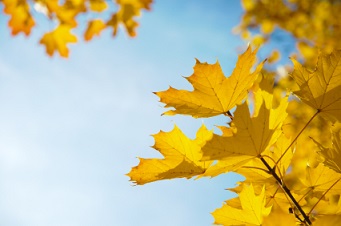 The combination of steadily improving buyer demand and a shortage of new property stock is likely to ‘prime the pump’ for an autumn price surge in some sectors of the property market.


“New seller activity has fallen again this month and the lower volumes of property coming to market over the summer have resulted in price drops that seem counter-intuitive given that buyer demand is holding up. Improving buyer activity appears to have become even further out of sync with sellers’ appetite to come to market during the summer heatwave.”


Rightmove measured 96,330 properties coming to market this month, the lowest monthly total since February. Fewer people choose to put their house on the market during the summer holiday season and those that were not willing or able to postpone marketing until the autumn appear to have priced their properties to sell quickly. Whilst it is not unusual to have a price fall during the summer months, with new sellers having dropped their asking prices in five of the last seven Septembers, it might have been anticipated that the more active market we have seen recently would lead to sellers bucking the trend.


“Sellers have yet to respond en masse to increased buyer demand, with the summer heatwave distracting homeowners from the recovering market and increased chances of finding a buyer and moving home. It shows that potential sellers are still cautious and a return to a volume market remains elusive. Those that think the housing market is nearly back on its feet are missing the fact that the confidence and ability to take on extra debt have a considerable time-lag, and many potential sellers require green stalks of recovery rather than just green shoots”.


While volumes of buyer transactions have begun their recovery, with the latest year-to-date transaction and mortgage approval statistics up by 8% and 16% respectively on the same period of 2012, new seller numbers have yet to react and are just 0.5% up so far this year compared to last. This month’s latest fall in fresh property supply against a backdrop of increased willingness and ability to buy is likely to result in a price surge as the ‘in before Christmas’ market gathers pace. However, this surge will be most marked in areas and property types where demand is strongest, and properties in less sought-after areas may still struggle to find a buyer. Weekly analysis shows evidence of the start of an autumn upturn as new seller asking prices bottomed out at the end of August and started rising two weeks ago with the end of school holidays and the return of cooler weather.

“The autumn market is set to heat up as the weather cools down following the summer lull in fresh property supply. While prices fell during the month overall, the last couple of weeks have seen the start of a turnaround, with more sellers choosing to come to market and pitching at higher prices as momentum rebuilds”.


Rightmove is raising its 2013 forecast again, from 4% to 6%, as high search activity and a fall in stock of property on agents’ books look set to create an autumn price surge. August saw Rightmove’s traffic up more than 20% year-on-year and average property stock per estate agency branch has fallen from 72 properties to 70 as property coming off the market exceeds the amount coming on.


“We forecast the national average increase in new seller pricing for the whole of 2013 to be in the region of 6%, partly driven by the strength of southern markets but increasingly contributed to by the more buoyant areas of the north. Potential sellers should note that there is the possibility of this autumn’s market being a better time to sell than 2014 if you are trading up. The price gap to trade up might be smaller now and there may be more competition from other sellers next year if January’s second phase of Help to Buy unlocks the housing market”.