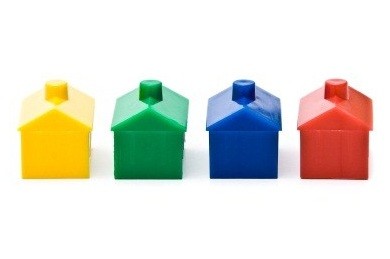 Rightmove’s February House Price Index finds that there are signs of continued improvement in the health of the property market.

At £235,741 the average price of newly marketed property is the second highest ever seen in the month of February, just £2,115 shy of the February record set in 2008 prior to the collapse of Lehman Brothers. There are also encouraging signs of life among home-movers too as the Rightmove website recorded its busiest ever month in January.


“There has been a sprightly start to 2013 and, while market activity remains patchy across locations and property type, some agents are reporting their busiest new year since the onset of the credit-crunch. While encouraging, it’s far too early to pop the champagne corks as certain sectors will remain on ice until the return of wider-spread mortgage availability.”


New sellers increased their asking prices by 2.8% (+£6,312) this month, pushing the national average up to £235,741. Whilst it is usual to see asking prices increase between January and February, this is the highest average price recorded at this time of year since 2008. This illustrates the slow but steady recovery in prices, which has taken five years, though it must be noted that the national average can mask the divide in the market between those with access to equity and finance and those without. Whilst all regions have recorded a rise this month, some of the more dramatic increases reported in the northern regions are effectively ‘rebounds’ from substantial falls measured on the low levels of new listings in November and December.


The start of a new year, combined with more new stock coming to market after the Christmas lull, traditionally boosts activity, though in recent years this has been tempered by the economic backdrop. However, this year Rightmove has recorded its busiest ever month in January with those planning a move searching in record numbers and contacting agents with more follow-up enquiries than ever before.


“Interest in property has hit such a peak that Rightmove is now the sixth busiest website in the UK¹. Pages viewed on the Rightmove website reached a new record high in January, up by over 20% year-on-year and, importantly, resulted in more enquiries to agents and developers than ever before. While the journey between expressing interest and closing the deal has many more twists and turns than before the credit-crunch, it is a sign of increased confidence and helps build a momentum that has been sadly lacking in many local markets over the last five years.”