The Only Way is Renting: Essex dominates most in demand rental hotspots 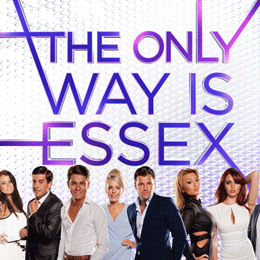 New research from property website Rightmove reveals that six of the top ten rental hotspots outside Greater London are in Essex, with Stevenage in Hertfordshire just pipping Southend to the post as number one.

The Essex towns of Wickford, Basildon, Grays, Chelmsford and Braintree all make it in to the most in demand areas, alongside Dartford in Kent, Bristol and Wellingborough in Northamptonshire.


The top five areas have all seen asking rent year-on-year increases of over 10%, compared to a national average of 4.4%.


Within Greater London the most in demand areas are Sidcup, Bexleyheath and Edmonton.  In other regions around Great Britain the hotspots include Pudsey in Yorkshire and the Humber, Tamworth in the West Midlands and Manchester in the North West.


Rightmove’s new demand formula1 takes into account email enquiries, searches and property detail views by the millions of prospective tenants that look for rental properties on Rightmove every month.


Demand for rental properties across the country is at an all-time high with a 76% increase2 in email enquiries sent from home-hunters to letting agents in the past year.

“Demand for quality rental properties is at a record high, and the most sought after areas such as Stevenage and places in Essex are all within easy commuting distance of the capital.  All of these hotspots benefit from an average asking rent of under £1,000 per month compared to the Greater London average of over double that.  In these areas of high demand it’s more important than ever for tenants to know how to make themselves desirable to landlords, so having their finances in order and good references is key to getting the property they want in such a fast paced market.”

“It comes as no surprise that both Chelmsford and Braintree make the top 10 list – both have good commuting links into London by train and road and are very good value in comparison to the capital for renting. Developers have already identified the buy-to-let investment potential in these areas, and both Essex towns are seeing a boost in new build developments, and young professional renters as a result. A lot of the flats that come on to the rental market in these areas are snapped up in record time, often after just one viewing, due to their affordability and convenient location.”


Most in demand rental areas outside Greater London

Most in demand rental areas within Greater London

Most in demand rental areas in each region