The property market winners and losers of 2014 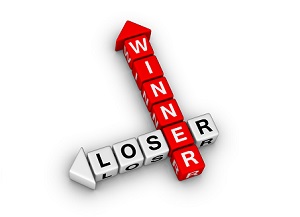 The housing market is springing into action in 2014, with record traffic on Rightmove in January, greater mortgage availability and confidence picking up. The data shows that many are set to make 2014 the year to move into their dream home, but it won’t be good news for everyone.

Rightmove’s director and housing analyst Miles Shipside takes a look at the different rungs of the property ladder, and who we are likely to see win and lose as the year unfolds.

The Help to Buy bandwagon is really starting to roll with big-name lenders such as Santander, HSBC and Virgin offering 5% deposit products joining the early starters of Halifax and NatWest. First-time buyer numbers increased by 22% to 265,000 in 2013 compared to 2012 according to the Halifax, and while still well below pre-credit-crunch norms, 2014 should see a further increase.  According to the latest Rightmove Consumer Confidence Survey first-time buyers make up 28% of those who are planning to move in the next year.

“The increased competition to help people get onto the first rung of the housing ladder means deals will get more competitive, though all lenders will still be looking for borrowers with a good financial track record. After six years of contemplating how to amass a 10% deposit, aspiring first-timers have had that target halved, so expect those who have managed to save up a 5% deposit and were previously trapped renting or living with parents to finally fly the nest.”

With property values on the up in many locations, those who have negative or limited equity in their property will find a growing range of options from lenders helping them to trade up. Some will be prisoners of their existing high loan-to-value mortgage deal, some trapped by not enough equity to get an attractive mortgage rate to trade up, whilst others may have been able to move but just not willing to take the risk. Desperation for more space or a more convenient location is the common theme. Some owners may decide just to sell up and trade out, freeing up more property choice for the growing numbers willing or able to buy.

“Those who bought at peak prices or who were enticed by never never-land of interest only and 125% loan-to-value mortgages several years ago have been waiting for a price recovery and a lending thaw. As 2014 progresses and monthly price rises compound to build existing home-owners’ equity pot, more and more will be freed up to make some moving decisions previously denied or put off.”

Early bird buyers will catch themselves a better deal, as choice could get more limited and prices of your target property look set to be higher in a few months. With interest rates still at historically low levels but speculated to rise sooner than previously expected, there’s a window of attractive fixed rates and available property for first-time buyers or those trading up.

“It’s still a buyers’ market in many locations, but the pendulum is swinging back in favour of the seller. After years of having to listen to any offer, sellers will increasingly turn a deaf ear to anything below their heightened expectations. Many of them will also be trying to make their sums stack up to help them trade up too.”

Those who have been wanting to lessen their outgoings or cash in on their property equity by trading down have been waiting for the right time to act. With activity now working its way from the bottom up, those higher-value homes towards the top of the housing tree are generating more buyer enquiries.

“Many have postponed their down-sizing and are living in homes too big for their needs and with outgoings beyond their ideal budget. With prices firming and buyer activity higher, the opportunity to sell up, down-size, and release some equity is back on the cards.”

Those buy-to-let professionals with long-held portfolios will now be looking forward to rising capital values to add to their monthly rent-roll. Those of several years standing will have benefitted from annual rent rises and have bought at prices which now give a really good percentage on the original purchase price.

“Those that have a well-geared rental portfolio built over time will be loving the double-whammy of recent years rental growth and future years prospects of capital growth. Some of their tenants may leave to buy, but with more households being formed, those long-term landlords that offer good quality homes will find demand remains buoyant.”

Investors have had the bottom-end of the market virtually to themselves in many parts of the country, but for buy-to-let newbies there’s increasing competition from first-time buyers. This is not only pushing up the prices of their target properties and lessening their rental yield, but also every successful first-time buyer is one less person to rent to. Fewer prospective tenants also mean less upwards movement on rents that has been a feature of the last few years.

“If you’re a new buy-to-let investor or are looking to expand your existing portfolio, the opportunities for the best deals are disappearing fast. Investors are looking further afield to get the best returns, with the spotlight on some northern towns and cities where buyer demand has not yet soaked up the supply of property for sale. Rental returns still beat what you can get for your cash in the bank, but they’ve dropped off a couple of percent. Investors will be hoping or looking for capital growth too, to supplement lower rental yields.”

With property prices firming or rising, and an outlook of upwards price pressure, the step to trade up to your next rung of the housing ladder widens. For those looking to take two or more steps and short-cut the process of achieving their long-term abode, the financial jump becomes an even bigger leap.

“The best time to trade up a couple of rungs on the housing ladder in many locations has been the last six years, with more choice, depressed prices and some cheap mortgage deals. Understandably many did not have the confidence to really extend their financial commitments, but there’s still time as the market’s still only on the turn in some areas, with the price gap to trade up growing but set to get wider still.”

A minimum 5% deposit is still a saving mountain to climb, especially if you are renting too. Lenders credit-score and financial fitness stress testing criteria mean that many who would like to buy remain ‘trapped’ in private rented accommodation, or paying board to parents or friends.  New Rightmove research shows 57% of renters are still doing so because they can’t afford to buy.

“The pre-credit-crunch mass route from rented to first-time buyer remains difficult to navigate, and with the social-rented and affordable housing sector giving few options, many will be frustrated occupiers of the private rental sector.”