What is the Green Deal? 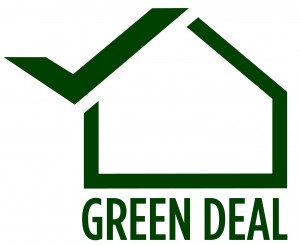 There are certain things in this world which are very rare indeed; hen’s teeth, a month of Sundays and the Government giving money away. However with increased pressure to reduce our impact on the planet and ensure that our energy sources can last longer, the latter is coming true in the form of the Green Deal, officially launched by the Government in January this year.

Carole Charge, Leaders’ Technical & Compliance Director explains;
“The Green Deal will allow landlords to undertake energy performance improvement works to their properties at no up-front cost. The cost of the works will be re-covered by savings seen in the occupier’s (the tenant’s) utility accounts.”

In total, a fund of £3 billon has been set aside in a ‘Green Bank’ which will lend and collect monies under the Green Deal. With building stock in Britain being amongst the oldest in Europe this new government initiative will help to ensure that property owners can afford to employ more green technologies in their properties. Better insulation, more efficient boilers and renewable energy additions are amongst the main elements of the plan which will in turn save energy (and associated costs) for heating the property.

Carole continues:
“Unlike a conventional loan, monies lent under the Green Deal will be tied to the house, not the owner or occupier, so there is no issue with tenants or landlords being unfairly hindered as a result of the scheme. However there is one ‘Golden Rule’ which is that the expected financial savings must be equal to or greater than the costs attached to the energy bill. In addition, the costs will be charged to the electricity bill regardless of the savings potentially being greater on the property’s gas account.

Both landlords and tenants can apply for energy improvement works under the Green Deal. Of course the landlord’s permission will need to be sought for works instructed by the tenant, but the landlord is ultimately getting a more efficient property which arguably can command a higher capital value as a result. Tenants are getting a more energy efficient property and whilst it may not save them money initially (whilst the loan is being pre-paid), they will a not be financially penalised either. And what tenant wouldn’t rather have a new boiler and a warmer home over the cold winter months?”

Leaders have already had several enquiries from their landlords about local Green Deal assessors and providers following a guide they produced to assist their clients in understanding the benefits and advantages of the Green Deal for their investment properties. So we asked Carole Charge to explain it to us:

“The first step towards securing a Green Deal loan for works will be a Green Deal Assessment, much like an energy performance assessment this must be carried out by authorised assessor. Whilst the initial cost liability for the assessment can be negotiated between the landlord and tenant, it will result in recommendations to improve the energy efficiency of a property. An EPC will be included in this process (unless an EPC carried out after April 2012 is available).

Whilst £3 billion might sound like a lot, these funds can be utilised by any homeowner and it is likely that many will jump at the chance to make improvements to their home with no upfront costs. For landlords the requirement to carry out the works at the request of the tenant will become (according to current government proposals) compulsory after 2016 and at that time it is not known if the ‘loans will continue to be available.

So for a landlord with an older or less energy efficient property it makes sense to take advantage of this initiative now – especially when you consider that the government is also proposing to ban any properties with an energy rate of F or below from being let.

For more information on the Green Deal please contact info@leaders.co.uk.