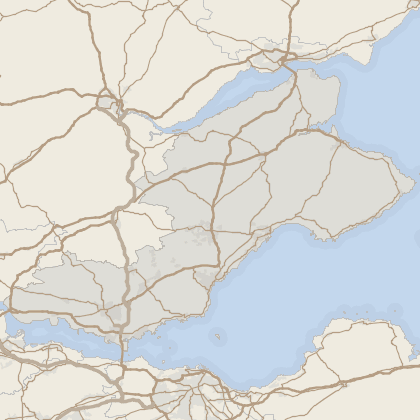 Fife is home to 4,961 listed buildings and 48 conservation areas. Domestic sites of importance include Falkland Palace, Kellie Castle, St Andrews Castle and Kirkcaldy's Ravenscraig Castle. Fife is home to a number of ecclesiastical sites of historical interest. St Andrews Cathedral was home of the powerful Archbishopric of St Andrews, and later became a centre of the Scottish Reformation, while Dunfermline Abbey was the last resting place of a number of Scottish kings. Balmerino and Culross abbeys were both founded in the thirteenth century by the Cistercians, while a century before Lindores Abbey was founded by the Tironensians outside of Newburgh: all were highly important sites.

The Stanza Poetry Festival and Fife Festival of Music are events of national cultural importance. The Byre Theatre in St Andrews and Adam Smith Theatre in Kirkcaldy are both highly regarded as touring venues, the latter also being the home of the grand opera company Fife Opera.

Fife Craft Association is the largest craft association in Fife, and organises art and craft events throughout the year in various venues in Fife. They also showcase local artists and crafters every Saturday at the Rothes Halls in Glenrothes.

Property for sale in Fife

Find houses in Fife or flats in Fife with Rightmove.co.uk - the UK's number one property website. Rightmove is the best place to find the very latest property for sale in Fife. You can also find property to rent in Fife, a list of estate agents in Fife or view sold house prices in Fife.

Take a look at our current list of property for sale in Fife. Rightmove.co.uk lists over one million flats and houses to buy or to rent across London and the UK. We update our listings continuously. You may also want to see houses and flats in other areas of Scotland, including Angus, Clackmannanshire, Falkirk (County), Perth and Kinross, Stirling (County), Dundee (County) and Argyll and Bute.