Beware the pitfalls of short-term letting 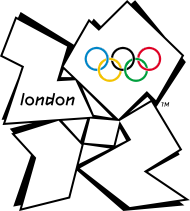 The Olympics will undoubtedly create an incredible spike in demand for accommodation in London and other cities around the UK which are hosting Olympic events. This presents a dilemma for homeowners: stay and enjoy the perhaps once-in-a-lifetime opportunity to experience the Olympics first hand, or get as far away from it all as possible and cash-in on this short term demand for property. Many have already decided to do the latter, looking at financing an extended period of travelling with rental income generated by their main home. Others are going a step further, planning to move in with relatives and make a killing whilst the Games are in full flow.

There is no doubt that the top-line income which can be achieved is very tempting, with the average daily rate of a London hotel currently around the £140 per night mark it’s entirely possible that a good quality property in a great location for accessing the Games will rent for two, three or even four times its usual price just before and during the games.

As with most promises of a cash bonanza however, there are many pitfalls to be aware of. Unwitting homeowners who have never rented a property in their lives may rush to cash-in but find themselves seriously out of pocket, or even worse, in prison.

The first and most important obligations to be aware of are the statutory safety regulations. Letting a property without a valid Gas Safety Record is a criminal offence punishable by up to six months in prison in extreme cases where a tenant is seriously injured or is killed, and there are significant fines further down the scale. There are also electrical safety regulations to comply with, and fire and furnishing regulations too. Any upholstered furniture manufactured after 1950 and before 1994 must be removed from the property for example.

Another risk is that of damage to the property and the contents. Tenants staying for a short period of time tend to be less careful than those renting for a year or more. It feels temporary, rather than like a permanent home, and they treat it accordingly. Landlords will take a deposit to cover minor damage, but in extreme cases this may not be enough. There could also be an emotional cost as well as a financial one as this is the landlord’s own home, filled with their own possessions, not some unemotional buy-to-let investment.

Then there is the acute need for on-going property management once the tenant is in the property. Many tenants travelling to London for the Games will be from overseas, and the cultural gap can be incredibly wide. As a landlord the homeowner will have an obligation to maintain the property and its contents during the tenancy. If the boiler were to break down, or the washing machine stop working, or the toaster break then the onus would be on them to fix these problems and quickly. That after all is what the tenant is paying the rent for. Things may have worked perfectly for years whilst the landlord was in residence, but often new tenants have difficulty working out how to operate a washing machine or an oven that they are not familiar with, let alone programme the heating and hot water. Countless times managing agents receive calls from tenants reporting that something is broken, when actually the tenant needs someone to meet with them and remind them exactly how to operate the appliance in question.

Cultural differences can actually cause problems quite innocently. Tenants from overseas have not always seen a washing machine, or know how to even boil a kettle. An example of this is when a couple of wealthy, educated, and intelligent tenants from the Far East visited London for 3 months with their job. They were housed in a brand new apartment in Central London which was pristine. After just two weeks however the washing machine was broken and the kettle ruined. Having had domestic help in their home country they had never had to do their own washing, nor make a cup of tea. They had thought that the washing machine could quite easily clean shoes and boots, and didn’t realise the need to check pockets and remove loose change before putting clothes in. As for the kettle, they had never seen one before and had concluded that it must be a rice cooker. Having filled it with water, rice, and switched it on the kettle met its end before reaching its first boil.

By paying rent, especially inflated amounts of it, tenants are entitled to quickly have these problems solved, their queries answered, and their needs met even if they have unwittingly contributed to the problem in the first place. This is an on-going job for a landlord and not one that can be easily done over a distance, especially if the landlord is overseas. There is no substitute for having someone on the ground who can respond quickly and professionally, which will mean that risks to your home and your possessions are as limited as possible.

Despite these risks, taking the opportunity of making some money by providing accommodation to visitors to the games is still a great idea, but homeowners will have much less stress, and a greater net profit by either staying in residence and renting out rooms, or if they really do plan to get away from it all by appointing a professional managing agent that is licensed by ARLA.

Two final pieces of advice:
Don’t forget to tell your neighbours and your insurance company what you are doing. Your tenants will almost certainly not live as you do, and may cause disturbance or nuisance to your neighbours, especially if there are gold medal celebrations late in to the night. Your insurers should be told because if the worst were to happen and your home be flooded or damaged by fire whilst you were away, they would almost certainly refuse to pay out, and the tenant would be long gone.