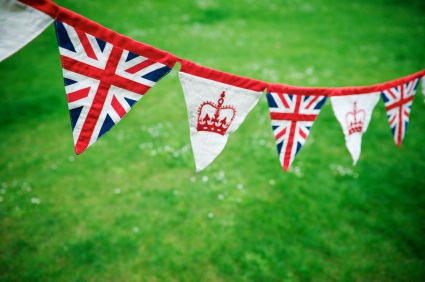 This economic downturn continues to surprise, with a third consecutive record for new sellers’ asking prices. The national average asking price for June is now £246,235, an increase of £2,476 (+1.0%) over the previous month.

However, while Rightmove’s index shows sellers’ prices are now 2% up on August 2007, the month before the UK economy faced the run on Northern Rock, they have fallen considerably in real terms when compared to retail price inflation over the same period. In spite of sellers’ current record price aspirations, in real terms they are still an average of 13% lower. London is the only region where there has been an inflation-busting increase over the same five year timescale, with asking prices 3% ahead of the national Retail Price Index (RPI). The new asking price record is driven by a more robust market in the south of the country, with new regional price records set in London and the South East this month.

“While the national average price of property coming to market has set new records in each of the last three months, sellers should not break out the bunting in celebration until they have done their homework. It remains a very local market ruled by property style and location, and a few minutes study will reveal whether your property is hot or not. Agents report a two-tier market where those who can afford to price realistically are selling, while those who are equity-poor are struggling to sell as they often have to price up to make any prospect of a move viable. The traditionally more active spring window is closing and a summer of sporting distractions underway. Cutting your asking price to be cheaper than your competition and promoting your selling points better will be the key to avoid being an also-ran in the race to sell”.


Record new seller prices have also been set in two out of the four regions in the southern half of the country, continuing the seemingly counter-intuitive credit-crunch trend of suitable property supply failing to satisfy demand. Previous recessions have been driven by measures taken to combat inflation, with soaring interest rates and repossession numbers. Those high numbers of forced sales helped to provide liquidity in the housing market, something the current downturn lacks. The result is a very patchy market characterised by reduced transaction volumes, with low interest rates helping to keep people in their homes, exacerbating the supply shortage in locations of high demand. At £477,440, London is up 1.7% (£8,126) on the previous average asking price high set last month, while the South East is 0.5% (£1,662) above its previous record set in October 2011. The South West too is only some £300 off an all-time high. Removing London’s record-breaking performance from the dataset demonstrates the extent of its impact on the national average. Stripped of all the capital’s properties, the average asking price across the rest of the country would still be more than 5% adrift of its peak recorded nearly five years ago in August 2007.

“These strong rises in the south of the country have helped to push the national average asking price into new record territory. In these uncertain economic times, lenders feel safer to lend to those with a cash-cushion, and those sitting on that cash often feel more comfortable with it invested in tangible assets, including bricks and mortar. The better properties in the better areas remain in short supply, giving sellers of sought-after stock, and their agents, the confidence to come to market at a higher price. The right property within commuting or holiday bolt-hole distance of the capital seems to be an attractive each-way bet”.