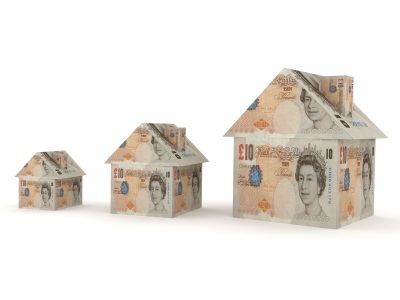 The onset of the spring moving season generally leads to more ambitious pricing of properties coming to market, partly due to estate agents vying for new seller instructions.


However, this February’s 4.1% (£9,192) increase is the highest monthly rise Rightmove has recorded since April 2002, a surprisingly strong uplift given the challenging economic environment.
In part this is fuelled by the cash-rich sectors of the market where buyer demand is exceeding suitable property supply, though there is also evidence of increasing housing market confidence.

“We’re seeing a strong ‘spring bounce’ in asking prices this year, but the ball is still a lot smaller than it was before the credit crunch as market volumes are constrained. The biggest jump in new sellers’ asking prices for nearly ten years indicates there is pricing power if you are selling the right type of property in the right place where enough potential buyers have access to funding.


If your local market does not have those characteristics and your price-pump is based on little more than seasonal optimism and an estate agent’s hot air, then be prepared for buyer response to be a let-down. However, there are also indications that those who are able to buy but had previously lacked the confidence to take the plunge are of a more positive mind-set this year. Perhaps some people are adjusting to the realities, opportunities and strange normality of a low volume but apparently stable property market”.


Rightmove has identified some early signs of widespread increases in consumer confidence in the housing UK market:

Compared to a year ago there is more competition from lenders to attract a greater volume of quality business. The number of available products for both borrowers with a 10% deposit and buy-to-let investors has risen by 35% and 25% respectively over the last 12 months1. There are some attractive five and ten year fixed-rate deals too.


While the £250,000 band stamp duty holiday for first-time buyers ends on 24th March, incentives for buyers of new build properties (which are not included in the Rightmove House Price Index) are set to be enhanced with the launch of NewBuy. This is an industry-led initiative supported by Government to increase the availability of higher loan-to-value mortgages for those buying a brand new me.

“Since the credit crunch you’ve had to be squeaky clean to pass a credit score, but lenders have more product offerings and are advertising their availability far more strongly in the media. If your mind-set is that lenders do not want to lend, then you may not want to bother sourcing finance and face potential rejection. Some agents report that this recent higher product profile from lenders has given some previously disenfranchised buyers new hope”.

60% of the 32,000 questioned in a recent Rightmove survey stated they feel the current housing market favours buyers, a clear indication that there is buyer bidding- power in their area to get a lower offer accepted. The same survey also found that just over half (51%) viewed property as lower risk when compared to other investment options, providing further evidence of confidence in property as an asset class.

“Prices of some property types in some areas have dropped back enough to offer temptingly affordable homes, either to investor landlords looking for good rental yields or to buyers comparing mortgage payments to the costs of renting. In some micro-markets sellers have the upper hand, but on the whole a buyer with cash or a mortgage offer is the one in the driving seat”.


Adjusting to ‘the new norm’

Record January search activity on Rightmove indicates a pent-up desire to move that out-weighs the uncertain economic outlook. With sales transaction numbers having been depressed for the last four years, many households will have a pressing need to move, and some of those that are able to do so seem to be springing back to life.

“Search activity on Rightmove is up by 19% on January 2011, and it could be a sign that some of those who can afford to move have decided to get on with their lives, driven either by desperation or by coming to terms with the constant barrage of negative economic news being the new norm. You can get tired of gloomy news, or get used to it, and indeed for some cash-rich buyers life has moved on to such an extent that it’s like the Lehman Brothers collapse never happened”.