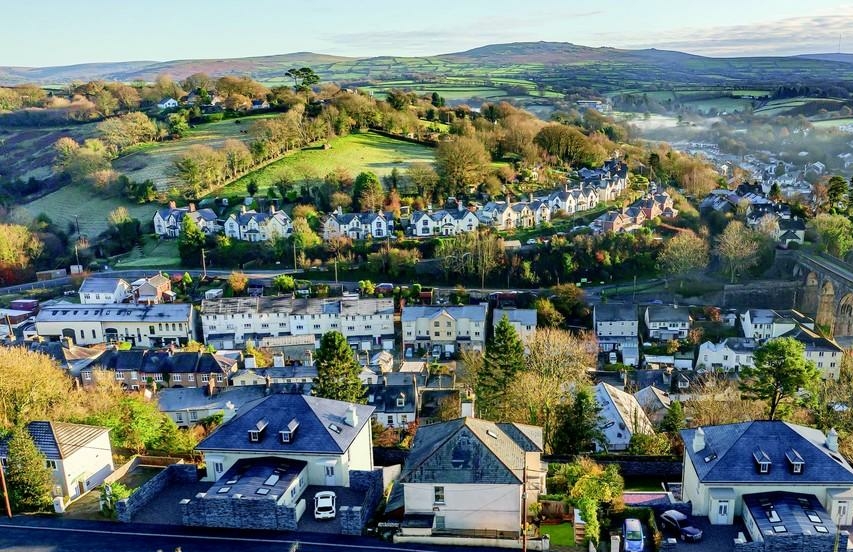 What the busiest-ever housing market means for buyers and sellers

Homes are selling at the fastest pace ever recorded right now, which is pushing up average asking prices for properties.

On Wednesday 7th April, we saw a record of 9.3 million visits to Rightmove in a single day, while last month home-hunters spent more than two billion minutes on our site.

More houses have sold within the space of a week than ever before. Even 145,000 new property listings this month has not been enough to meet the high levels of buyer demand that we are seeing.

So, records are tumbling, asking prices are rising and the housing market is busier than ever – but what does this all mean if you want to buy or sell a home right now?

Why is the property market so busy?

Growing optimism due to the Coronavirus vaccination roll-out, the return of low-deposit mortgages and the stamp duty holiday extension in England and Wales are all factors motivating home-hunters to seek a fresh start in fresh surroundings.

We can’t compare this period with the same period a year ago, because the housing market was effectively suspended. Instead, we can see that the number of properties coming to market in the last month is up by 3% in comparison to the same period in 2019.

While this shows us that the volume of new property listings is returning back to normal levels, buyers have had a lot less to choose from as the traditional spring home-moving season began.

In contrast, the number of sales agreed is up by 55% on the same period two years ago, which means the proportion of available property is at its lowest ever recorded by Rightmove.

Richard Freshwater, Director at Cheffins estate agents, agrees. He says: “This is the biggest lack of stock we’ve seen on the market for at least the past 20 years. Demand is huge, created by a perfect storm of low interest rates, the stamp duty holiday and changes in people’s working patterns. The dreary five-day-a-week commute for many is now over and this has led to areas outside of London becoming some of the most in-demand.

This means that buyers are now facing the highest-ever average asking prices from sellers.

Why are asking prices rising?

The combination of strong demand from buyers ready to move, coupled with the current shortage of property for sale, is pushing asking prices up.

The national average price of property coming to market has risen by £6,733 within a month, hitting an all-time high of £327,797. This is more than £4,000 higher than the previous record set in October last year.

Tim Bannister, our property expert, comments: “This is only the second time over the past five years that prices have increased by over 2% in a month, so it’s a big jump, especially bearing in mind that the lockdown restrictions are still limiting the population’s movements and activities.

“The property market has remained fully open, and is fully active to such an extent that frenzied buyer activity has helped to push the average price of property coming to market to an all-time high.”

Yet despite the price jumps, buyers don’t seem deterred. This is now the fastest-selling market that Rightmove has measured since our records began.

Richard Freshwater, Director at Cheffins, reports that at his estate agency, competition among buyers is so fierce that sealed bids have returned, with more than 25% of sales since February ending in best and final offers being put forward.

“A good example of this is a five-bedroom house in Great Shelford, just outside of Cambridge, which saw 27 viewings in just over a week and 12 offers. It eventually sold for well over the asking price,” he said.

How long is it taking to sell a home?

Properties sold within an average of just 45 days in the first two weeks of April, which is faster than we have ever recorded at Rightmove.

Almost one in four (23%) properties that had a sale agreed in March had been on the market for less than a week.

Across Britain, Scotland is the fastest place in which to sell a home, with properties selling in just 33 days on average, followed by 47 days in the North West and 48 days in the West Midlands and Yorks & Humber regions.

With an average time to sell of 64 days, London is currently the slowest region for property sales.

Which properties are selling the fastest?

Two- and three-bedroom semi-detached homes are being snapped up quickest, with 30% of those selling within just a week of being on the market. However, buyers who are in a position to move are competing for all types of properties across a range of price levels.

“The amazing thing as well is that this level of interest is throughout the market at all price levels, with demand for large country homes at the same rate as the more affordable, smaller city-based options,” says Richard Freshwater, Director at Cheffins, who reports that his office is receiving more than 40 requests for viewings for every house put on the market.

What does a busy housing market mean for home sellers?

If you’ve been holding off to see what will happen in the housing market, then now is a great time to sell.

Our property expert Tim Bannister says that the spring surge in buyer demand puts sellers in a position to achieve a good price and a quick sale, especially if you don’t have an onward purchase. The search for more space and new surroundings is still driving the market, with prices rising for the right property in the right location.

What does it mean for buyers?

It’s a really positive sign to see more property listings coming to market this month to help with the shortfall. With the vaccine roll-out progressing and continued strong demand from buyers, we should see more sellers putting their homes on the market over the coming months.

Keep in mind that if you’re looking to buy in the current market and you do manage to find the right property, you will need to be ready to move more quickly than ever before.

“Having both a mortgage agreed in principle and your own property already sold subject to contract will help to get you to the front of the queue if you’re looking to buy this spring,” says Tim Bannister.

What is the outlook for the year ahead?

We are yet to see the impact of the challenging economic conditions created by coronavirus restrictions. Government assistance will begin to wind down for many later this year and the stamp duty holiday is due to come to an end in England and Wales from 1st October.

Nevertheless, we expect this level of demand to remain for the rest of 2021.

Tim Bannister adds: “Housing market activity remains high in Scotland where there has been no extension to the Land and Buildings Transaction Tax holiday, which has now come to an end. This suggests that the same could happen when the tax holidays start to come to an end in England and Wales from the end of June.”

READ MORE: Find out where the ten hottest locations are for buyers so far this year

The header image for this article was provided by Mansbridge Balment, Tavistock