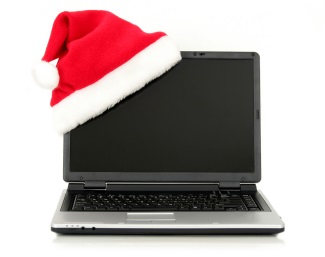 New data from Rightmove reveals a 20% increase in people looking for their dream home between Christmas Eve and New Year’s Day compared with 2012.

On Christmas Day there were nearly 14 million page views and over 10,000 people took time out from the festivities to send emails to agents.


Those who unwrapped new smartphones or tablets at Christmas were eager to house hunt too – there were over 26,000 downloads of the Rightmove app across the various platforms between Christmas Eve and Boxing Day.

“Whether it was people waiting for Santa to come, having a look post-Christmas dinner, or trying out the app on their new device, people clearly took advantage of some free time over the holiday season to look for a new home.  Many will have been those thinking about making changes in the New Year or potential sellers may have been having a look at asking prices or sold prices of other similar properties to their own.  But it wasn’t just people browsing the site as thousands of house-hunters registered their interest in properties they wanted to view, showing that there are a large number of active buyers out there.


“The market really picked up in the second half of 2013, and this increased interest from Rightmove users looking for a home compared to last year, added to the number of first-time buyers being at a three year high, increased lending and the government’s phase two of Help to Buy, all made for a very busy start for agents in 2014.”


Property searching on a mobile device has been growing steadily over the past few years and now accounts for over one third (37%) of all page views to Rightmove. Rightmove’s mobile site has recently been updated to include bigger images for people to browse, as pictures are one of the most important aspects of a listing that people want to look at before viewing a property.  New apps have also been launched for iPhone, iPad, Android, Kindle and Windows Phone in recent months, including a new Windows tablet app just before Christmas.