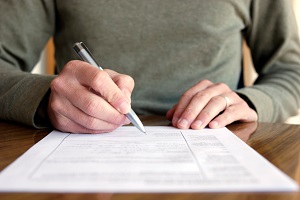 This month The Bank of England (BoE) reported a third consecutive month of falling mortgage approvals and this news is clearly a cause of confusion for the headline writers.

Given that approvals in April were 17% lower than January, it’s unlikely the BoE will rush into devising extra measures on top of those implemented by the Mortgage Market Review (MMR) which became mandatory on 26th April.


However, the question that many are asking is: are we experiencing the start of a long-term slump or is this just the result of a lender bottleneck?


Time will obviously tell, but at the moment some commentators are describing it as a ‘puzzle’.

Miles Shipside comments: “It’s not just about the best rates. Now everyone has to re-learn the rules, but the rules are still being bedded in by some lenders. Some applicants are being offered less than they need or deal-breaking offers when trying to buy their property”.

Brokers report that some appointments are taking two to three times longer then before, due to the extra documentation required by applicants. Miles observed: “There are higher mortgage qualification requirements and the end of non-advised mortgages by direct lenders coming in at the same time, plus fewer mortgage advisors post credit-crunch make the process longer to complete”.

The mortgage applicant has been caught unaware despite changes being talked about since 2009.
Shipside says: “Though there’s been lots of chatter in the industry, these changes haven’t been well communicated to the people that matter: mortgage applicants! As such, they were caught on the hop not only about the extra documentation required, but also how to ensure their finances pass the new tests. However, with some rules still being written or bedded in by lenders it is hard to prepare for something until the rules are established”.

Those who were motivated and able to buy have had since March 2013 to buy a new build with a minimum of 5% deposit under Help to Buy Phase 1. Since November 2013 Phase 2 of Help to Buy has given buyers the opportunity to get up to a 95% loan-to-value mortgage on resale property too. Miles comments: “If demand from buyers drops away at the same time as mortgage application rules become more stringent, then some of the upwards price pressure will ease”.

Spring is moving season and could be perhaps the worst possible time to implement new rules. Shipside comments: “My feedback is that many estate agents would say that you could scarcely have picked a worse time of year to implement such high-impact changes. A quieter time would have been infinitely wiser especially given the buoyant market. However, this market is causing some over-heating concerns, the bottleneck is acting like a brake on the momentum, we hope the new MMR affordability test will take the heat out of demand”.