How did Alex and Veronica, Paul and Maggi come to live together in a watermill deep in the Yorkshire countryside?

Buying a watermill with the in-laws was our right move

“It’s hard to get your head around it, I suppose” says former teacher and actress Veronica Flanagan-Wright, smiling. “There aren’t many people in their twenties who would decide to move into a watermill in the countryside with their in-laws!”

“I reckon a lot of people think it’s crazy, but it felt normal to me” she continues.
“Absolutely,” agrees her husband Alex, a theatre director and producer. “To people who know my family, it doesn’t seem like a peculiar thing to describe, but it’s definitely not ‘the norm’.” But when a series of circumstances coincided, newlyweds Alex and Veronica began to think a little more creatively about where they could live.

“We’d rented in a few new build flats but there wasn’t anywhere I could see a real future in,” explains Alex. And following a stay at a large house in Wales, converted to put on productions and events, he stumbled on the idea of creating something similar in his home county of Yorkshire.

“I have a plethora of ridiculous ideas and most of them fall by the way side,” he laughs. “But the timings worked out for this one and here we are!”

The couple look over at Alex’s parents, Paul and Maggi Wright, sitting side by side on the sofa in their lounge: “An opportunity to live in somewhere like the mill just doesn’t come around too often. If we didn’t take it, we’d be insane,” says Veronica. 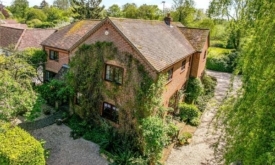 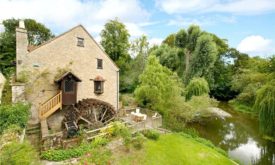 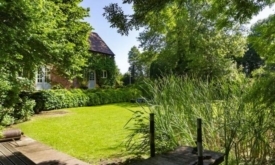 “Exactly,” agrees Maggi. “My fall-back position was always ‘What’s the worst that could happen?’ It’s such an exciting venture.

“Friends have asked why we didn’t just put our feet up and enjoy retirement, but that’s not something we’ve ever wanted to do.”

Indeed, while many would relish the opportunity to wind down and lead a quieter life with more holidays and less responsibility, Alex’s parents Maggi and Paul decided to do the exact opposite. And it was this pragmatic and adventurous attitude to their retirement years that inspired Alex to begin discussing whether they could all find somewhere to live in together.

“We didn’t want to downsize, necessarily, but we didn’t expect to upsize to this! It’s amazing,” explains Paul, referring to their three-floor converted watermill, complete with lake, on-site cottage and enough space for two tennis courts. “But the decision for us to live together was always going to hinge on finding the perfect property. We wouldn’t have been able to get somewhere like this as two separate couples.”
But for Alex and Veronica to jointly invest in a house with his parents for the foreseeable future, and realistically make it work, it had to be somewhere pretty special.

“A big part of why the mill is so perfect is that it has separate living spaces,” explains Veronica. “The house is like a game of Tetris!” A very accurate description, since the two couples live in completely separate areas of the house, slotted one above the other. Both have their own entrance, lounge, bedroom, kitchen and bathroom. Paul and Maggi’s ‘maisonette’ style home sits directly above Veronica and Alex’s, the only physical connection being the large, original iron mill workings that hint to the home’s former life.

“It needed a lot of work,” continues Veronica, “But there was so much potential for us to make it something that could work for everyone in the longer term.”

A couple of years later and the family have done a lot of work to the house. Paul and Maggi set up a holiday let business, renting out the on-site cottage, while Alex and Veronica have produced theatre productions, hosted weddings and have plans to build a studio in the grounds. It’s clear the mill isn’t a stop gap for any of them. All four have emotionally and financially invested in making it work and although they’re under no illusion that the setup is ‘normal’, it’s works perfectly well for them.

“Our life here works for a lot of practical reasons,” explains Alex, smiling. “But in loads of other ways, it’s just gloriously idealistic. We all felt like we wanted to try something different, that’s at the heart of it. And the mill created a way we could all realise some of our goals and develop them into something bigger. It’s really exciting.” 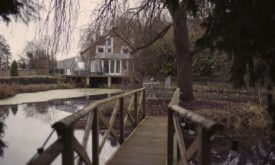 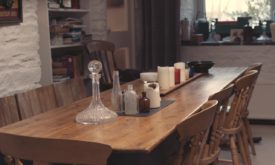 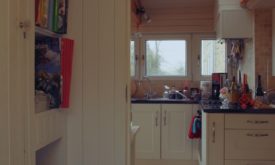 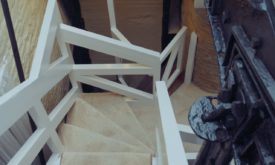 To find out more about their mill home, read our article here. 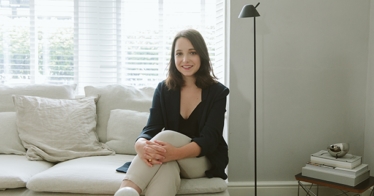 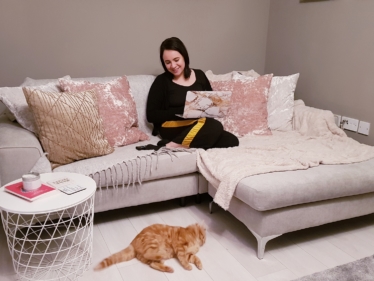 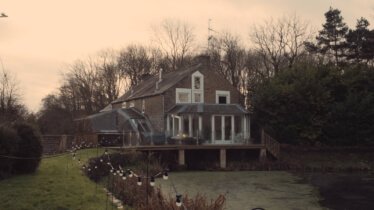 A watermill deep in the Yorkshire countryside

The Wrights moved into a three-floor converted watermill in Yorkshire a couple of years ago.