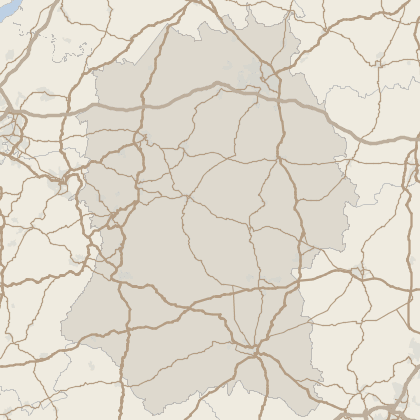 Wiltshire in England's South West can be a magnet for property hunters. The county itself has plenty to offer, and it is also bordered by no fewer than six other pretty English counties: Dorset, Somerset, Hampshire, Gloucestershire, Oxfordshire and Berkshire. There is property in Wiltshire to suit families, couples and single people, with a range that includes flats, houses, maisonettes, bungalows and large traditional properties - available for sale (or sometimes rent) at a varied range of prices. In general, house prices in Wiltshire tend to be lower than in the wealthier neighbouring counties of Oxfordshire and Berkshire. Older style terraced houses that are quietly positioned, appealing Grade II listed cottages in mature residential areas, spacious 1950s semi-detached homes with good-sized south-facing gardens, three and four-bedroom detached houses with high-specification throughout... Wiltshire has all these and more. If a small but cosy one-bedroomed flat is your preferred type of abode, you'll find an abundance to choose from in any of the main Wiltshire towns (Swindon usually has the most available to buy). Two, three, and even four-bedroom luxury apartments occasionally come onto the market in Trowbridge.

Although Wiltshire is not a London commuter's ideal location, it is still easily accessible by road, rail and air. Being a landlocked county, direct access by sea is not an option, of course. Routes through the county include the A4, M4 motorway/M4 Corridor, A303 and A350. Wiltshire has three main railway stations, and high-speed trains from London Paddington can reach Swindon in less than two hours. Bristol and Gloucestershire airports best serve the county.

Some of Wiltshire's attractions are globally renowned. Stonehenge draws hundreds of thousands of visitors annually. People flock from far and wide to see this most famous of Neolithic sites - perhaps with a visit to the breathtakingly beautiful Salisbury Cathedral penciled in for afterwards. Finally, Trowbridge, Swindon, Devizes, Wilton, and Warminster are where new home hunters general look first in the county. But restricting one's search to "just" these could prove a mistake. Who knows, you might just find the home of your dreams in the picturesque Wiltshire villages deep in the lush countryside.

Property for sale in Wiltshire

Take a look at our current list of property for sale in Wiltshire. Rightmove.co.uk lists over one million flats and houses to buy or to rent across London and the UK. We update our listings continuously. You may also want to see houses and flats in other areas of England, including Cornwall, Devon, Dorset, Gloucestershire, Somerset and Bristol (County).