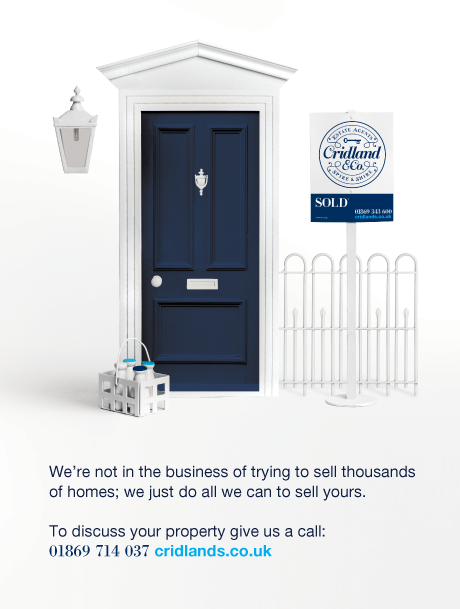 Take a couple of photos and shove it on the web?
Contact us

The content on this Microsite has been uploaded by Cridland & Co, Caulcott. Rightmove Group Limited makes no warranty as to the accuracy or completeness of the content, any queries should be sent directly to Cridland & Co, Caulcott. Where properties are displayed on a page, this comprises a property advertisement. Rightmove Group Limited who operate the website Rightmove.co.uk makes no warranty as to the accuracy or completeness of the advertisement or any linked or associated information, and Rightmove has no control over the content. These property advertisements do not constitute property particulars. The information is provided and maintained by Cridland & Co, Caulcott. Please contact the agent directly to obtain any information which may be available under the terms of The Energy Performance of Buildings (Certificates and Inspections) (England and Wales) Regulations 2007 or the Home Report if in relation to a residential property in Scotland and if you have any query over the content.

Auction Fees: The purchase of this property may include associated fees not listed here, as it is to be sold via auction. To find out more about the fees associated with this property please call Cridland & Co, Caulcott on 01869 343600. 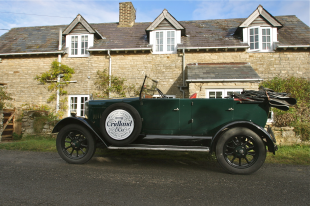 Cridland and Co are a totally independent, family-run estate agency specialising in selling and letting property across North Oxfordshire and the Cotswolds. We are well known for handling properties of architectural or special interest, however our expertise covers a wide spectrum of prices and types.

Mature, trained and experienced staff whose local knowledge is second to none is at the core of why we are so successful. We assist across a wide range of expertise ranging from local moves to relocations, second homes, future planning and investments, and we also provide a finders service. We secure results most agents can only dream of, proven by our clients' comments on our own website's testimonials page. We have also gained national awards proving our focus and marketing is unrivalled.

We are based in the small hamlet of Caulcott, 10 miles North of Oxford, right in the heartland of rural Oxfordshire but close to every transport link. Consequently we can greet you in a relaxed environment with no parking issues or traffic jams to contend with! We will always be delighted to discuss your needs in person at your home or our offices, please call or email us and we will be glad to arrange an appointment.

Disclaimer: The information about this Agent is provided by the Agent themselves as an advertisement for their agency services. Rightmove is not endorsing this Agent and makes no warranty as to the accuracy or completeness of the advertisement or any linked or associated information, and Rightmove does not check or verify the accuracy of the content. The information is generated, provided and maintained by Cridland & Co, Caulcott. Please contact the Agent directly to obtain further information about their property services.