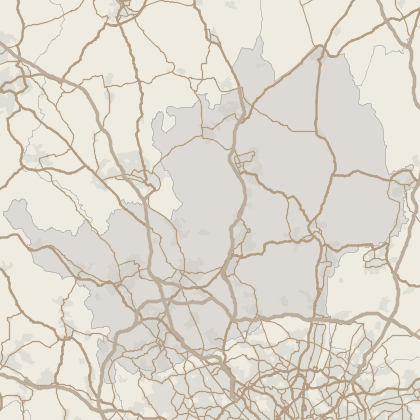 Hertfordshire is a prosperous area which is home to many large, well-known UK companies. There are numerous private schools and a vast array of state secondary schools in the county, as well as the University of Hertfordshire - an ambitious and entrepreneurial establishment based in Hatfield and attended by around 23,000 students. Property in Hertfordshire reflects the fact that it is a very popular county to live in and house prices tend to be higher than average, although still lower than central London. There is also a price differentiation between neighbouring towns. Detached, semi-detached, terraced, flats and maisonettes are all on the market.

Serious shoppers should head for Welwyn Garden City or Watford for major retail stores, while St. Albans offers a variety of specialist shops boutiques and street markets. A variety of restaurants and pubs can be found throughout the area. The area's impressive literary roots are a big tourist attraction. Jane Austen's novel Pride and Prejudice was set in Hertfordshire and George Orwell based his book Animal Farm on the village of Wallington where he lived. Literary lovers flock there every year, no doubt hoping to soak up the ambience which proved an inspiration for such famous books.

A pivotal point for getting across the country

Very much part of the London commuter belt, just 30 minutes by rail from London, Hertfordshire has first-class transport links. The area encompasses routes between some of the principal roads in England. Rail links extend the length and breadth of the county, with commuter routes running to all major London stations and the London Underground. Stansted and Luton airports are located just outside the Hertfordshire boundaries. This popular county lies at the heart of England and has much to offer residents in that they can commute easily to London, yet still live in one of the many rural areas and enjoy the benefits of village life.

Property for sale in Hertfordshire

Take a look at our current list of property for sale in Hertfordshire. Rightmove.co.uk lists over one million flats and houses to buy or to rent across London and the UK. We update our listings continuously. You may also want to see houses and flats in other areas of England, including Bedfordshire, Cambridgeshire, Essex, Norfolk and Suffolk.